Fighting for Public Education with the Activist Hippies, the Original Hipsters

Austin is well-know for its hipsters that wander the streets during our SXSW music festival.

But, did you know that “Hippies” were the original “Hipsters”? From Wikipedia:

The hippie (or hippy) subculture was originally a youth movement that arose in the United States during the mid-1960s and spread to other countries around the world. The word ‘hippie’ came from hipster, and was initially used to describe beatniks who had moved into New York City’s Greenwich Village and San Francisco’s Haight-Ashbury district. The origins of the terms hip and hep are uncertain, though by the 1940s both had become part of African American jive slang and meant “sophisticated; currently fashionable; fully up-to-date”. The Beats adopted the term hip, and early hippies inherited the language and countercultural values of the Beat Generation.

Recently, I had the special opportunity to hang out with two original sixties activist hipsters on The Rag Blog radio show. 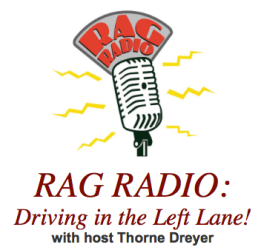 What is the Rag Blog?

The Rag Blog (TheRagBlog.com) is a reader-supported Internet newsmagazine produced by activist journalists committed to progressive social change. The Rag Blog is a digital-age rebirth of the pioneering underground newspaper, The Rag, published in Austin, Texas, from 1966-1977.

Rag Radio is broadcast on KOOP 91.7-FM in Austin.

My partner on the show was Chicago’s Mike Klonsky. His bio:

Michael Klonsky, a veteran of SDS and the civil rights and anti-war movement, is a Chicago-based educator, an education theorist, and a public schools activist, and is one of the leaders of the modern small schools movement which has done much to transform the face of secondary school education in the U.S. Klonsky, who teaches in the College of Education at DePaul University, is the author of “Small Schools: The Numbers Tell a Story” and co-author, with Bill Ayers and Gabe Lyon, of “A Simple Justice: The Challenge for Teachers in Small Schools.”

Klonsky all writes the very popular SmallTalk Blog. Here is what he had to say about the show:

Julian Vasquez Heilig and Mike Klonsky join Thorne Dreyer in discussing our endangered public education system, the nature and genesis of the flawed “educational reform” movement, and ideas about how public schools can be improved and can be saved from privatization.

Vasquez Heilig hosted the Network for Public Education’s first National Conference, held March 1- 2, 2014, on the campus of the University of Texas at Austin….  The group was founded by noted author and educational policy analyst Diane Ravitch in 2013, and has become a prominent voice in the education reform debate.

The title of the segment was Fighting for Public Education. You can listen to the show here. 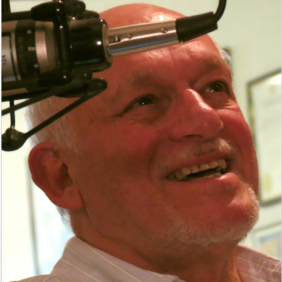 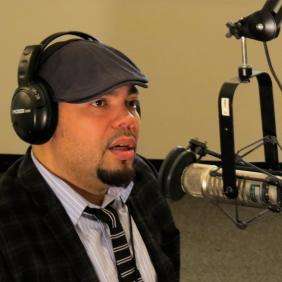 (Photo Credit: Roger Baker) (Except for the selfie)

#graduation The most glorious moment of the academic year! Congrats to the new @ukcollegeofed alumni! #bbn #GoCats
It’s that time a year! Celebrating our 500 @ukcollegeofed graduates with 500 claps! #GoCats #BBN #oneofthosedaysyoudontwanttoend
#new #sunglasses #readyforsummer Thanks @emporioarmani !! (Not a sponsored post)
Justice!
So proud and amazed by the @SacStateEDD #Cohort12 Congratulations on your #graduation! Miss each and everyone one of you!
This! H/t Dr. Walker
Happy Mother’s Day!
My @Stately_Men unboxing for May 2021! I’ve been a member of their concierge fashion stylist service for about six months. #highlyrecommend They’ll learn your preferences, size and improve professional and casual style. Join here http://stately.refr.cc/julianheilig
I am speaking at Education & Civil Rights for the New Decade Virtual Conference. Please checkout the details of my talk at:
Yes!
Historic
Catching up on email next to the infinity pool
A margarita parade!
Twitter is now copying Clubhouse chat model
Sunday
More #foodporn
The view I woke up to this morning.
#breakfast
Our onboarding for the @AAHHEorg governing board was today! Looking forward to "working board" service with @VictorSaenzPhD @Profe_Rodriguez et al.! #whenazoombackgroundisreal
Rest in Power Walter Mondale