After Thousand of Years, #China Changing Mind on #Testing ? #edreform

I leave for China tomorrow. I will be accompanying the Teachers of the Year from several states as an NEA Foundation Global Fellow. We will visit schools in the Middle Kingdom over the next eight days.

This will be my third trip to China. My first trip was a six month stay in 1996. I studied Chinese high school students’ achievement motivation as a NIH Fogarty Fellow at the Institute of Psychology in the Chinese Academy of Sciences (A few photos from my summer in China included in this post). My second trip to was in 2004. My visit to Beijing was part of a 16-country Around-the-World trip where we circumnavigated the globe via air during a four week period. Next time you see me in person, ask me to tell you the backstory about the trip. 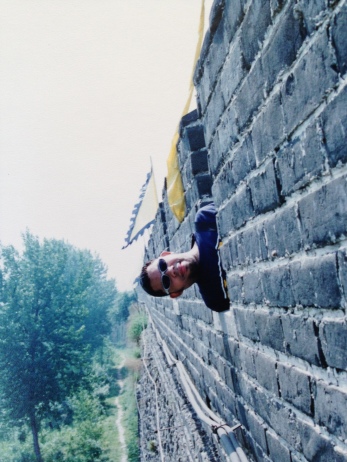 Julian Vasquez Heilig at Great Wall of China (Shanhaiguan) in 1996

I am looking forward to the 2014 trip. It is an interesting time to visit China. The country is potentially in the midst of an apparent sea change on high-stakes testing. Chinese society has been driven by testing for thousands of years, dating back to ancient times when civil servants were selected based solely on the imperial/civil service examination. While this old exam system was terminated in 1906, the high-stakes testing culture persists and it continues to play a critical role in selecting talents in contemporary Chinese society. The public school environment in China is testing-oriented largely because the sole mechanism of college access for the vast majority of high school students is the national higher education entrance examination. The testing culture cascades down from the higher education entrance examination through all levels of the educational system. As college admission rates determine secondary schools’ evaluation and enrollment, high school teachers often test students via test preparation classes. Since students that gain access to key high schools are more likely to enroll in selective universities, middle school students work hard to score at the top of their class in order to enroll in better high schools. Likewise, elementary school children are tested to determine which middle schools they will attend. Thus, extensive and systematic testing characterizes Chinese students’ entire educational experience.

To sum up, high-stakes test scores are not only the metrics determining students’ advancement from better elementary schools to key secondary schools to selective colleges, but are also determining a schools’ reputations. Thus, it comes as no surprise that teachers are forced to inundate students with testing. One common critique of the excessive focus on testing is that Chinese college students are said to have spectacular test scores but “low ability” (Zhao, 2010).

China’s recent education reform seeks to take the country in a new direction. Central to these reforms is a de-emphasis on high stakes testing. In this policy brief we discuss the three recent educational reform initiatives. First we discuss the new multi-measure school evaluation index. Then we discuss the new regulations designed to lessen the academic burden of schools. We conclude the reform discussion with the new 2014 policy that seeks to limit the use of test scores in admissions, giving preferences to neighborhood schools. 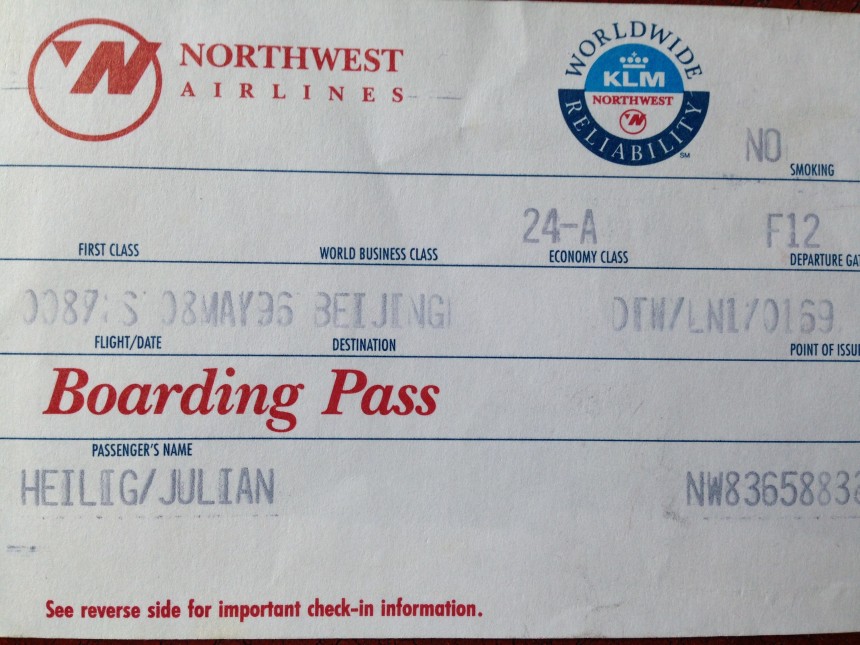 In June of 2013, the Chinese Ministry of Education launched a reform effort to reduce the importance of testing in evaluating school quality. The “Green Evaluation” is a new evaluation framework that seeks to end the use of students’ test scores and success rates as the sole measures of student success (Zhao, 2013a). Rather, a scope of multi-measure indicators in five areas is now included: moral development; academic development; psychological and physical health; development of interest and unique talents; and academic burden (Zhao, 2013a). Included is students’ well-being as an indicator of education quality— the more burden a school puts on its students, the worse the school will be judged.

In January of 2014, the Chinese Ministry of Education created a new policy to limit admissions based on test scores, giving preferences to neighborhood schools. The new policy requires that the gateway exam for students advancing from primary schools to middle schools be removed and admission into middle schools be residence-based (Zhao, 2014). Based on this new policy, schools can no longer use exams or certificates of contest prizes to determine students’ admission eligibility, and if there are more applicants than space, a computerized lottery will be used.

Julian Vasquez Heilig at Great Wall of China (Badaling) in 1996

One way to address the problem of high scores and low ability resulting from the excessive focus on testing is to free elementary and secondary school students from the testing, and reduce the importance of testing in public schools’ admission and evaluation system. The three preceding reform initiatives aim to tackle the problems related to high-stakes testing by de-emphasizing the role of testing in students’ daily schooling, school evaluation and admission. However, in policy, talk and action are different. China has had a tradition of heated national education policy talk without local implementation. While these three initiatives are progressive, the questions of how they work and whether they will work remain unanswered.Further, the college entrance exam system has not changed; therefore, it may be impractical for schools to follow the mandate and reduce testing. It has been reported in the media that teachers in some schools are implementing in-class quizzes instead of tests.

Other unexpected consequencesmay also occur. News reports show that wealthy parents in Beijing are going to great lengths to purchase property in school districts with high academic ratings. If this trend grows, the current reform will not end up providing more access to secondary schools with high scores for students from poorer backgrounds. Another unexpected outcome may be an increase in supplemental tutoring outside of schools.

Our Recommendations for Action

Officials from the Ministry of Education should take public reviews seriously and consider modifying the reform initiatives to ameliorate the longstanding testing culture. The Ministry should also consider additional policy measures that prevent a magnification of educational inequity resulting from socioeconomic advantage in the real estate market. Finally, the weight of college entrance exams on students is still very real, and local implementation of the new educational reforms should be both examined carefully and considered empirically.

A special thank you to the NEA Foundation for sponsoring the policy brief that this post is based on. This post was written in collaboration with Dongmei Li. To download the China and high-stakes testing reform brief click on the photo below.

For all of Cloaking Inequity’s posts on high-stakes testing click here. 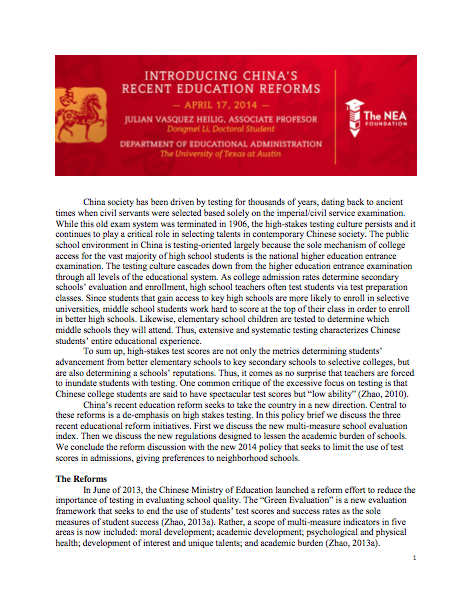 p.s. Dear “reformer”, High-stakes testing is not reform, they are (very) retro. Just ask the Chinese who have been doing it for 2,000 years.