Local Accountability is HAPPENING: New, Peer-Reviewed, and LIVE in D.C.!

What’s happening now!? Join us LIVE in DC this weekend to discuss community-based reform as an alternative to the top-down, Texas-style reform that we have utilized across the country for the past decade!

I have noticed that some blogs have post titles that don’t make much sense at first glance— so I am going with that approach today. First I will talk about a new peer-reviewed article that will be published in the journal Urban Education on the new Local Accountability Approach in California. Then I will pub our free LIVE  community seminar in DC at the University Council For Education Administration 2014 conference this weekend at the (Washington Hilton 9/22/14 at 9 a.m. in Colombia Room #2) on the new accountability paradigm currently being implemented in California. 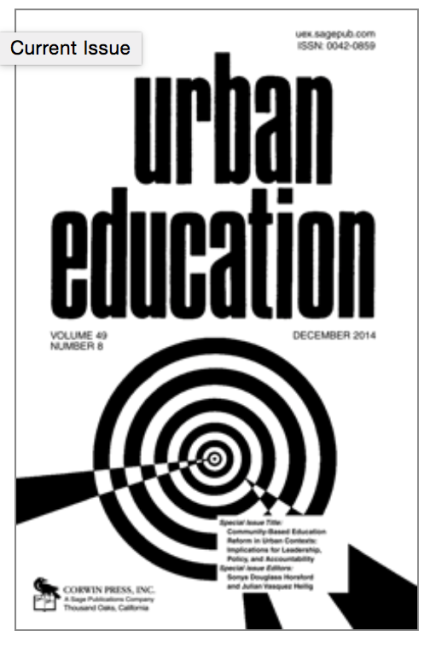 Next month, Urban Education will release a special issue entitled “Community-Based Education Reform in Urban Contexts: Implications for Leadership, Policy, and Accountability” In the introduction to the peer-reviewed issue, Sonya Horsford and I write:

The top-down nature of school reform in urban communities has prompted educators, students, parents, and citizens alike to question the ways in which we hold public schools accountable for student learning and performance. Education research representing a wide range of disciplinary perspectives including history, sociology, political science, and public policy and interdisciplinary fields, such as leadership studies and program evaluation, has con- tributed greatly to our understanding of the role of schools, neighborhoods, and communities in urban education reform. Although research and policy discourses analyzing and comparing the effectiveness and drawbacks of reform, whether top-down or grassroots, are far from new, the knowledge base concerning how such efforts should take place, by whom, and the degree to which they are sustainable remain underdeveloped.

This special issue of Urban Education presents a timely exploration of com- munity-based reform efforts designed to improve student achievement and school success within the decades-long era of high-stakes, performance-based accountability. Given increased support for testing and standardization, policies incentivizing the expansion of school vouchers and charters, and a federal role in education of historic proportions, the articles in this volume con- sider the role of community, broadly defined, within the present school reform discourse and education policy landscape. More specifically, they examine the policy contexts, actors, challenges, and possibilities associated with commu- nity-based school reform at a time when urban school populations are increasingly “majority–minority” and racialized gaps in student achievement, income, wealth, and thus, opportunity, are on the rise. Together, the articles revisit long- held notions of community schools and community organizing for school improvement alongside newer conceptualizations of community-based school finance, accountability, and capacity building as approaches to improving urban schools.

Where did this No Child Left Behind federal control of education testing and accountability come from? What is its origin? What is a potential alternative? Here is the introduction to the new Urban Education article entitled  A New Era for Local Control in Education Policy?:

Texas was one of the first states to implement systemic top-down accountability due in large part to several state Supreme Court challenges resulting in the dismantling of the Texas school funding system. In response to the Court’s decisions, the Texas Legislature crafted new school finance legislation that would later become the policy underpinnings of No Child Left Behind (NCLB) accountability. Former Lt. Governor Bill Ratliff, then a Republican senator, sponsored Texas Senate Bill 7 (1993). The Texas Legislature sought to address two issues in Senate Bill 7. First, create a school finance system that would survive the Texas Supreme Court. Second, pass legislation with a new policy approach to address long-standing achievement gaps exhibited by urban students in Houston, Dallas, San Antonio, and other areas across the state. To address these issues, the Texas Legislature enacted SB 7, a Robin Hood school finance redistribution bill and the incipient statute for the creation of the top-down Texas public school accountability system to rate school districts and evaluate campuses.

As noted, SB 7 introduced the primary components of the top-down accountability system that would be codified into national law through the enactment of NCLB. Lieutenant Governor Ratliff relayed that the accountability provisions were a necessary measure to gain passage of the proposed school finance system,

If you are going to pass a school finance bill, it’s almost inevitable to get the votes to pass one that you have to put considerably more money into the system, because if you don’t you have school districts who are winners and you have school districts who are losers, and the losers, the members who represent losing districts can’t vote for it… But many members were skeptical about putting that much new money in unless we required some kind of an accountability for the money. That is… are we getting the bang for our buck? (as cited by Vasquez Heilig, Williams & Young, 2012).

The current form of Texas-inspired, top-down, NCLB high-stakes testing and accountability may have run its course. It has become apparent that after 20 years in Texas and 10 years across the United States, the Texas-style sanctions and rewards-based education evaluation system did not produce an education miracle in Texas nor result in all students across the nation being proficient by NCLB’S target year of 2014. Furthermore, the state of Texas has found itself in and out of court every few years due to lawsuits brought against the school finance system over the past two decades.

In order to answer this question, we address in this paper the conceptual approach for community-based reform. We then turn to the California case and conduct a statutory analysis (Putman & Albright, 2013). The statutory analysis includes a review of the major components of California’s locally based approach and then details the state’s new funding formula in comparison to its predecessor. We also analyze the state’s new system of district implementation, support, and intervention. Further, we address intended and unintended consequences of the recent decisions made by the Legislature and the Governor in crafting new K-12 funding and local accountability systems for California. We conclude by considering implications the legislation may have not only in California— but also in other states such as Texas that have a documented history of favoring top-down approaches to accountability.

For a first sneak peak only for Cloaking Inequity readers of the new (not yet released) accountability article click the APA reference below.

And finally, I would like to invite you to join our session on community-based reform this weekend at the 2014 University Council for Educational Administration this weekend. See the details on the session in the Tweet below:

In D.C.? Join us for conversation about locally based alternatives to top-down accountability & reform @CarmelatCAP pic.twitter.com/Hq3noTSPdi

Hope I see you there if you are in DC this weekend. Say HI!

Please blame “Everyone who voted for Texas-style No Child Left Behind testing and accountability” for any typos.

Interested in joining us in the sunny capitol of California and obtaining your Doctorate in Educational Leadership from California State University Sacramento? Apply by March 1. Go here.

Landed in North Dakota to give a keynote about equity and school leadership at @ndsu_official. Only three states to go to see all 50. Thank you for the welcome dinner @hj_mackey and @amandajocordova
CloakingInequity.com is 9 years old today! More than a million readers from 200 countries. Thank you for being on this journey of discovery and advocacy with me!
#Greatquote
Congrats to @ukcollegeofed alum Brittany Cervantes for her homerun today in the Olympics! @usasoftball @universityofky
I want to thank the native Hawaiian people for the opportunity to visit their land. I hope I properly cared for it and appreciated its sacredness.
Honoring the memory of Aunt Patricia Scott this afternoon. A life long educator, teacher, principal, superintendent and professor. I’ll blog soon about her inspiring example.
There are vast opportunities at HSIs, MSIs and HBCUs for academics to make an impact for communities of color.
Riding in the back of the @capt.andys Zodiac boat guarantees a good drenching from the Pacific Ocean.
Repping @ukfootball at one of the best and most sacred beaches in the world.
Clearly @HowardUniv now has the real life #Avengers! There can be no heroes and heroines in the plot without villains. #Superpowers @nikolehannahjones @tanehisipcoates
It’s a gorgeous day today!
That vacation look.
Surfing anyone?
#BustEDPencils Live tonight 7pm Central.
Always glad to be back home @ #thefarm @stanfordeducation @stanfordalumni @stanford
Since 1849! A San Francisco tradition I couldn’t miss!
I needed this today. How about you?
Ran into @umichfootball coach Jim Harbaugh and coach Clink, the coach Michigan Football just stole from UK, on the street today in Ann Arbor.
#crt #this
Happy Fathers Day! Dad and son at the Stanford vs. Michigan State Rose Bowl.