A Roundup: Lean Times, Kool-Aid, and Teach For America

Posted on November 30, 2012 by Dr. Julian Vasquez Heilig One comment 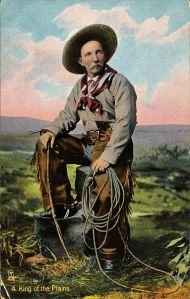 I recently had a question emailed to me about TFA from a major network producer. I don’t want to give away her story angle, so I won’t share the email here. Anyways, she inspired this post.

When I first moved to Texas in 1999, I was invited to the Houston Livestock Show and Rodeo. As a Michigander, this cowboy stuff was quite the experience. So in honor of my Texas home, how about a good old fashioned roundup (no, I don’t own cowboys boots, I was told I had to live in the Lone Star State 7 years first)…

We are not living in the most stable of financial eras— so I wondered— what hath budgets in the red meant for TFA in various locales across the nation over the past few years? (Although that didn’t stop Sec. Duncan from gifting TFA $50 million in I3). I spent some time wandering around the web rounding up how localities have dealt with TFA in these lean times. In Alternative certification and Teach For America: The search for high quality teachers we wrote:

In the current era of massive budget shortfalls and cuts, TFA has begun placing teachers not in positions lacking qualified candidates, but in slots previously held by veteran teachers—that is, in districts using layoffs to ease financial problems.[1] The practice of laying off experienced teachers and replacing them with inexperienced TFA teachers—or of “laying off people to accommodate Teach For America”—has been reported…in Boston, Charlotte-Mecklenburg, Chicago, Dallas, and Washington, D.C., among other cities.[2]

Miner documented examples of TFA teachers replacing experienced teachers in Boston, Charlotte-Mecklenburg, Chicago, Dallas, and Washington, D.C. What else is out there from the past two years? Here is a roundup.

(I don’t doubt there are stray

Before we begin. Noted: There many many districts who are drinking the TFA

and are okay with A Glorified Temp Agency

I realize the internet can be dated, so I will update as necessary based on comments that come in…

Disclaimer: I count many former and current TFA employees amongst my closest friends and colleagues. However,