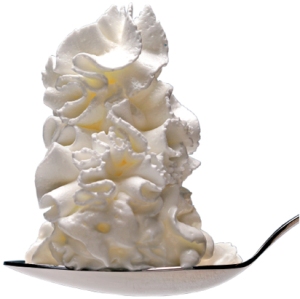 The premise that vouchers create a competitive market place for students and parents is questionable once the assumption of who can actually compete in or benefit from that market place is considered. Unrestricted, universal school choice, has in practice increased the segregation of diverse learners (e.g. ability, SES, and Race/Ethnicity) (NEA, 2012). Why is this the case?  As private organizations school choice is exactly that, schools get to choose. While public schools must admit all students, private schools can discriminate in admissions on the basis of student race (it should be said that the U.S. Supreme Court has competing decisions on this issue), academic achievement, interviews, and income (2012), as well as on religious, physical disability, and gender grounds; teachers and administrators can also be excluded for the same reasons (Weaver, 2011). Further, unlike public schools that must resolve student behavioral issues, private schools have free reign to remove students if they are deemed disruptive to the learning environment.

Vouchers empower schools, not parents, to have greater control over the demographic population of their students. Practices known as “creaming” and “cropping” are primary concerns. A major criticism of universal voucher programs, creaming is a mechanism through which schools choose to enroll the best and least costly students (Carnoy, 1998; Elacqua, 2012; McEwan & Carnoy, 2000; Miron, 1996; Parry, 1996). Far more prevalent in small-scale domestic voucher implementation is “cropping” (Lacerino-Paquet, Holyoke, Moser, & Henig, 2002). Cropping occurs when private schools deny services and enrollment to diverse learners on the basis of their disability, socioeconomic status, and language learner status (Etscheidt, 2005). These students are costly to educate, and private “choice schools” legally can turn them away. These issues are a cause for concern if we hold equity, equality, and demographic representation as essential for public education.

In conclusion, voucher advocates claim they will improve disadvantaged students’ educational opportunities (Sugarman, 1999). Supporters argue school choice is already available to upper-class families through residential mobility or private school enrollment (Neal, 2002; Nechyba, 2000). Further, using vouchers to expand school choice to low-income families will reduce stratification as parental income becomes less important in determining who attends private schools (Neal, 2002; Nechyba, 2000).The evidence presented in this brief does not support voucher proponents’ assumptions. In sum, some of the most important critiques associated with voucher implementation in the U.S are:

Thus, it is readily apparent from the research literature examining U.S. voucher implementation that vouchers are not a substitute for systemic and sustained educational investments that policymakers in Texas and elsewhere avoid during fiscal crisis. Vouchers do not remedy a $5.4 billion cut from education or being ranked 45th in the nation in per pupil spending.

As noted by Darling-Hammond (2010) the systemic investments that are being implemented by the countries with the most successful educational systems in the world include, but are not limited to: Implementing resource equalization mechanisms among public school districts and public schools, requiring all schools to have certified teachers and principals, and placing a renewed focus on higher education-based teacher training.

In conclusion, voucher proponents often utilize fairly simplistic arguments about markets, competition, and educational opportunity as a justification for vouchers. The implementation of vouchers is cheap and “efficient” for policymakers because vouchers shift the majority of the cost of educating students to private schools and ultimately reduce state funding to public schools. However, as the research on the U.S. voucher implementation demonstrates, vouchers are not a solution for the long-standing educational dilemmas facing the U.S. school system such as educational effectiveness, opportunity, and inequity.

Special thanks to my collaborators on this series: Anthony LeClair, Melinda A. Lemke and Allen McMurrey.

See first post in the series here for references.