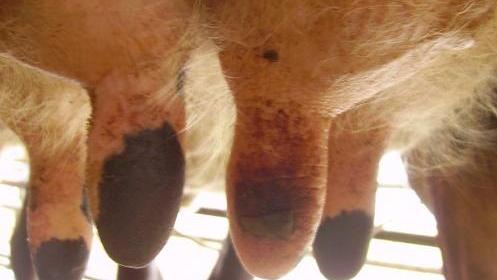 Today The Teat returns to discuss neoliberal education “reformers.” Reformers argue that their approach is about “students first”… parent trigger, online courses, universal charters, Teach For America, vouchers, anti-organizing, school closings etc… if you are to believe the “reformers,” all of these efforts are about the students… not about the adults…

Who is paying the bills for the “reformers” and are ultimately their allies? Who are “reformers” beholden to? From whose teat do they partake?

Honestly, its difficult work to dig up the donors of politically oriented groups seeking “reform” in education. The non-profits are much easier, for example, previously I did so on The Teat for TFA and KIPP already here on CI (See full The Teat series here). I also noted in my note about the Texas Families First CEO donors in my response to the comment she posted that I had to estimate that 50 donors donated on average $30,000 per in support of HB300, a proposed parent trigger bill in Texas.

Fortunately, the Investigative Fund at the Nation Institute, where Lee Fang is a reporting fellow. Has published excerpts on the background of neoliberal organizations seeking to “reform” education in his new book.

So what is the real deal on the money trail of some of the sexy “reforms” being promoted by adults for US education? From The Nation:

When a group of for-profit education companies sought legislation allowing online charter schools greater access to taxpayer dollars, it hired dozens of state lobbyists from coast to coast. In addition, however, the virtual-school companies tapped SPN [SPN is a nonprofit that nurtures conservative think tanks in all fifty states] to provide academic studies, talking heads for the local media, flip-cam-equipped journalists to quiz critics, and busloads of activists at state capitols.

Lobbyists with the school companies—including K12 Inc. and Connections Academy—drafted the legislation through ALEC. The State Policy Network groups acted, in essence, as ALEC’s public relations team to promote the laws. And it worked: by the end of 2011, sixteen states had passed laws expanding virtual education. The flow of campaign dollars and closed-door influence peddling still happened, as in any traditional corporate campaign to pass major legislation. The difference in this case, however, was a well-oiled operation that could deliver the appearance of a groundswell in demand for proprietary online charter schools, when little public support existed. Worse, the lobbying by SPN-affiliated think tanks overshadowed serious questions about these charter-school businesses, which despite their soaring profit margins have been roundly criticized for abysmal test scores and high dropout rates. Together, these new state-level groups have remade the political map, providing ideological cover for extreme conservative policies once thought of as politically toxic.

For more on ALEC go here and here. Post I am pondering… How much of Texas Senator Dan Patrick’s  education agenda is borrowed from ALEC? Their agenda and his filed bills seem strangely similar.

Anyhoo, The Texas Public Policy Foundation is the SPN network ally in Texas. TPPF big supporter of a variety of education “reforms.” For all of TPPF’s neoliberal education “reports,” “commentary,” and agenda, go here. A sample of neoliberalism at work:

Increasing “efficiency” instead of funding for schools

Wait, what? The first three are pretty typical memes, but they are going whole cow by attacking UT-Austin. Clearly most alums in the Texas Legislature (Republican and Democrat) have found these claims to be quite silly. Maybe if they say UT-Austin is a crappy school enough people will believe them— I don’t think so. Anyways, so why would the TPPF and other SPN affiliates across the nation support this neoliberal agenda? Where do they get their money? From whose teat do they partake?

A look at the donors to the Texas Public Policy Foundation, the SPN affiliate in Austin, provides a rare window illustrating how these think tanks operate today. The evidence shows that the Big Tobacco–era strategy has been embraced by other large corporations.

The Texas Public Policy Foundation, whose leaders recently stirred up controversy for surreptitiously lobbying on behalf of the government of Malaysia, received the bulk of its money from more than seventy-five business interests, including firms like ConocoPhillips, Boeing, TXU Energy, ExxonMobil, AEP Texas and Devon Energy. The largest company on the donor list, Koch Industries, gave $159,834 through its Austin lobbyist, J. William Oswald, in addition to a $69,788 donation from the Claude R. Lambe Foundation, a Koch family foundation run in part by Richard Fink, another executive with Koch’s lobbying operation…

…The Texas Public Policy Foundation has seen its budget steadily rise. In 2011, the group brought in $5.5 million in contributions, $2.4 million more than it raised in 2008.

As a reminder, what is the neoliberal’s approach to public policy and why? Wikipedia:

Neoliberalism is a political philosophy whose advocates support economic liberalization, free trade and open markets, privatization, deregulation, and decreasing the size of the public sector while increasing the role of the private sector in modern society.

So what ALEC, TPPF, Democrats for Education Reform and other Sandy Kress-style “reformers” are after (charters, vouchers, anti-organizing etc) is consistent with the neoliberal approach to public policy.

Now I understand you may or may not agree with the political framing of The Nation article. But Republican, Democrat, Libertarian, Green etc… here is what you have to ask yourself… are the education privatization reforms pressed by SPN, TPPF, DFER, and other neoliberals about “students first” or padding adults’ pocketbooks?