We’ve all heard about celebrities blocking Twitter followers and fans because they cross the line— they bully, they stalk and other types of gross malfeasance (sometimes funny —> warning NSFW). I assure you that I am not guilty of any these activities (stalking, bullying and malfeasance) towards the following five folks that have blocked my tweets. So, I will propose what I suspect was the reason that I drew their ire. After I discuss the five Twitter blocks, I will then discuss my ten favorite Twitter follows.

I suspect the block could be the result of the Cloaking Inequity post The Teat: @ntlBAEO, Choice, $, and Strings Attached? This post discusses from who Fuller has taken money from over the years— which may muddy his stated motivations? Or more likely it was our recent conversation on New Orleans radio about school choice that inspired the tweet block.

Fuller feigned multiple times in our recent conversation that he’d “like to sit down and talk.” The tweet block seems like the opposite of that sentiment.

4. Steve Perry, Pundit and charter school operator (with and without Puff Daddy) 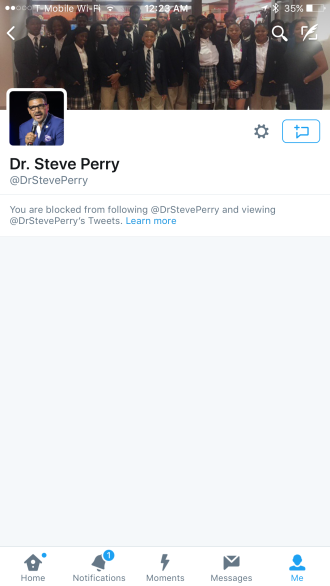 I suspect Perry was not pleased when I critiqued his school choice rhetoric at the 2016 Urban League Convention. The entire discussion below.

Often Perry does not face weighty alternative perspectives when he appears in the media— on this day I just couldn’t just let his constant misinformation slide.

3. Melinda D. Anderson, Honestly, I’m not sure who this is 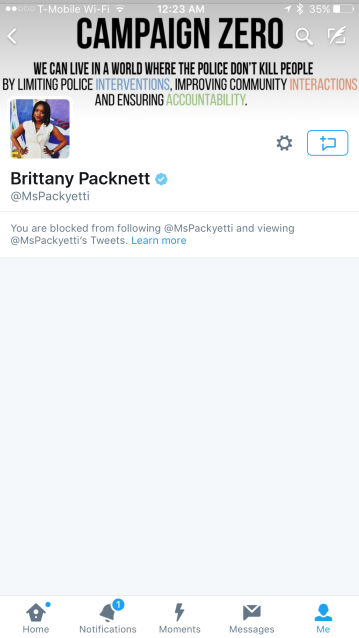 I suspect her block came from a 1,000 tweet Twitter storm directed at me by TFA alums when I tweeted a comment about an article written by Michelle Malkin, a FoxNews contributor. During that tweet storm, Brittany directed several tweets at me expressing that I had sided with Malkin. She said,

Is that all you have to say abt her using ur words to attack PoC and Ferguson? Genuinely curious.

1. Deray Mckesson, Teach For America alum and recent candidate for Baltimore mayor (2% of the vote) 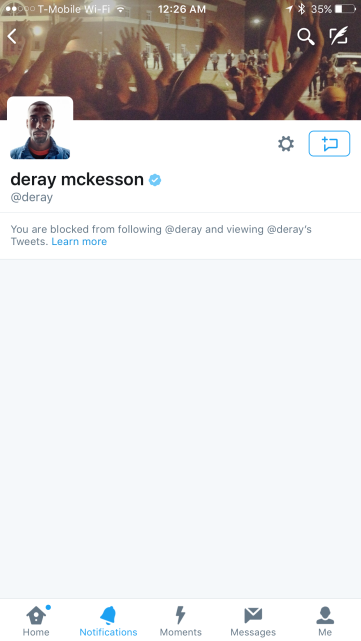 I’ve never written about Deray. Although I did read his education platform during his mayoral run. I made the following comment about the platform in a In These Times article,

The language in his section on education is typical of school privatization advocates, according to Dr. Julian Vasquez Heilig, a professor of education at California State University at Sacremento who has written extensively about Teach For America on his website, Cloaking Inequity.

“Most of it is pretty consistent with what TFA says on a daily basis,” he told me.

There are probably more Twitter blocks, but these are just the ones that were easily found. Now for the Twitter follows that I find either particularly intriguing or that I feel thankful that they engage with our social justice work on Twitter.

For including these two important and powerful women, I’ll probably take flack from everybody. I think it’s cool that Randi runs her own Twitter account. I’m always honored when she retweets. I first met Lily on the set of the Melissa Harris-Perry show in 2012. I admit I’ve been a big fan of her ever since. 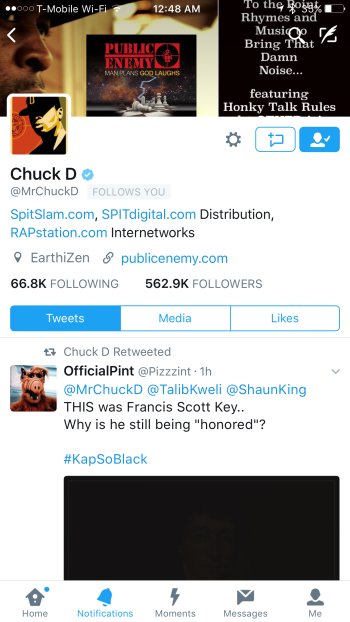 I grew up on Public Enemy’s political hip hop. Their art has defined a part of who I am. In fact, Cloaking Inequity’s masthead quote “Say it like it really is” is from Chuck D.

She started following my Twitter this week. I deeply admire her work. I’ve been a fan of Soledad ever since her producer called to talk about education for her Black in America series when I was on faculty at the University of Texas at Austin.

We don’t agree on much, but I respect that these two important and powerful women follow my Twitter. I’ve had lunch with EVB, she was very pleasant and earnest.

May she rest in peace.

Latino USA episode 713 in 2007 was my very first opportunity to contribute in the national media. Love the show. 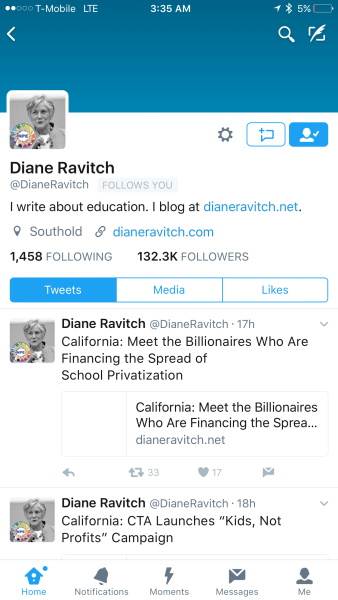 I first started communicating with Diane when I emailed her our Harvard Education Review paper Illusion of Inclusion on Texas social studies standards. I probably hear from Diane online about 20-30 times a week. Her productivity inspires me to be better everyday.

Many people lobbied LDH to join Twitter! It finally happened. There really aren’t words that I can muster to describe how important LDH has been in my life.

1. The University of Michigan,  〽️#GoBlue 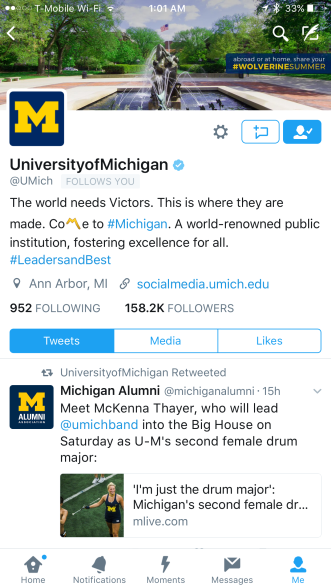 My top follow! I was born to be a Wolverine. I feel so honored to be one of 900 people in the world that my alma mater follows. Beat Hawaii tomorrow!

Now if someone could just convince Eva Longoria to give my Twitter a chance. 🙂 Thank you for for letting me share some of my more personal feelings today and for reading Cloaking Inequity. Check out my Twitter: @ProfessorJVH

Landed in North Dakota to give a keynote about equity and school leadership at @ndsu_official. Only three states to go to see all 50. Thank you for the welcome dinner @hj_mackey and @amandajocordova
CloakingInequity.com is 9 years old today! More than a million readers from 200 countries. Thank you for being on this journey of discovery and advocacy with me!
#Greatquote
Congrats to @ukcollegeofed alum Brittany Cervantes for her homerun today in the Olympics! @usasoftball @universityofky
I want to thank the native Hawaiian people for the opportunity to visit their land. I hope I properly cared for it and appreciated its sacredness.
Honoring the memory of Aunt Patricia Scott this afternoon. A life long educator, teacher, principal, superintendent and professor. I’ll blog soon about her inspiring example.
There are vast opportunities at HSIs, MSIs and HBCUs for academics to make an impact for communities of color.
Riding in the back of the @capt.andys Zodiac boat guarantees a good drenching from the Pacific Ocean.
Repping @ukfootball at one of the best and most sacred beaches in the world.
Clearly @HowardUniv now has the real life #Avengers! There can be no heroes and heroines in the plot without villains. #Superpowers @nikolehannahjones @tanehisipcoates
It’s a gorgeous day today!
That vacation look.
Surfing anyone?
#BustEDPencils Live tonight 7pm Central.
Always glad to be back home @ #thefarm @stanfordeducation @stanfordalumni @stanford
Since 1849! A San Francisco tradition I couldn’t miss!
I needed this today. How about you?
Ran into @umichfootball coach Jim Harbaugh and coach Clink, the coach Michigan Football just stole from UK, on the street today in Ann Arbor.
#crt #this
Happy Fathers Day! Dad and son at the Stanford vs. Michigan State Rose Bowl.