Are charter schools overrated? In the 25 years since Minnesota passed the first charter school law, these publically funded but privately operated schools have become a highly sought-after alternative to traditional public education, particularly for underserved students in urban areas. Between 2004 and 2014 alone, charter school enrollment increased from less than 1 million to 2.5 million students. Many charter schools boast of high test scores, strict academic expectations, and high graduation rates, and for some, their growth is evidence of their success. But have these schools lived up to their promise? Opponents argue that charters, which are subject to fewer regulations and less oversight, lack accountability, take much-needed resources from public schools, and pick and choose their student body.

Intelligence Squared @IQ2US is a nonpartisan, nonprofit organization that was founded in 2006 to restore civility, reasoned analysis, and constructive public discourse to today’s often biased media landscape. They host discussions grounded in facts and informed by reasoned analysis. More than 500 “of the world’s greatest minds” have debated in the IQ2US forums. Buy tickets (and maybe popcorn) for the upcoming March 1 debate. You also cast your vote and watch the debate streaming live at http://iq2us.org .

Argument For The Motion

Debators For the Motion

Gary Miron is Professor in Evaluation, Measurement, and Research at Western Michigan University.  He has extensive experience evaluating school reforms and education policies in the United States and Europe. Miron has directed more than 60 evaluations and research studies that have been funded with grants and contracts from state, federal, and international agencies as well as private foundations. He has been hired by state education agencies to undertake nine comprehensive evaluations of charter school reforms.  For the U.S. Department of Education, he led a study on the correlates of success in American charter schools.  In addition to his evaluations of charter schools, Miron has provided technical assistance and training for charter schools in 5 states.  In recent years, his research has focused on the private education management organizations as well as the performance of virtual and blended learning schools.

Julian Vasquez Heilig
Professor, California State University Sacramento
Julian Vasquez Heilig is an award-winning teacher, researcher, and blogger. He is currently a professor of educational leadership and policy studies and the director of the Doctorate in Educational Leadership at California State University Sacramento. His work has been cited by the New York Times, Washington Post, Associated Press, USAToday, Education Week, Huffington Post and other print and electronic media outlets. He has appeared on local and national radio and TV including PBS, NBC, NPR, Univision, Al Jazeera and MSNBC and blogs at Cloaking Inequity.

Argument Against The Motion

Greater autonomy and flexibility gives charter schools the opportunity to innovate and demand more from both their teachers and students.
Charter schools are accountable to the communities they serve, and it is the demand for admission that determines their success or failure.
Charter schools don’t discriminate by zip code. They promote equality by accepting all students that want to attend–when they’re oversubscribed, through need-blind lotteries.
Studies have found that low-income students benefit from attending charter schools, and that overall, charter school students do better on standardized test

Debators Against the Motion

Jeanne Allen has been on the front lines of education policy development and innovation for more than 30 years. She served for five years at the Department of Education during the Reagan administration, where she was responsible for policy development and implementation in the areas of student financial aid, accreditation, and Historically Black Colleges and Universities.  Following her government service, she served at the Heritage Foundation, where she developed the organization’s education policy program and also launched Town Hall, one of the earliest online social networks. In 1993, she founded the Center for Education Reform, one of the most influential organizations in the education field dedicated to developing and promoting innovative reforms in schools throughout the nation. CER was an early advocate for school choice, and played an important role in the creation and development of the charter school movement. Jeanne is its CEO.

Gerard Robinson is a resident fellow at the American Enterprise Institute, where he works on education policy issues including choice in public and private schools, regulatory development and implementation of K-12 laws, the role of for-profit institutions in education, prison education and reentry, rural education, and the role of community colleges and Historically Black Colleges and Universities in adult advancement. Robinson served as commissioner of education for the State of Florida and secretary of education for the Commonwealth of Virginia. As president of the Black Alliance for Educational Options, Robinson worked to ensure that children in low-income and working-class black families in several states and the District of Columbia were given the opportunity to attend good schools. Throughout his career he has evaluated the effects of reform initiatives on parental choice and student achievement and advocated for lawsto improve delivery of teaching and learning.

Since its inception in 2006, the goals have been to provide a new forum for intelligent discussion, grounded in facts and informed by reasoned analysis; to transcend the toxically emotional and the reflexively ideological; and to encourage recognition that the opposing side has intellectually respectable views.

IQ2US has presented more than 130 debates on a wide range of provocative and timely topics. From clean energy and the financial crisis, to the Middle East and the death of mainstream media, IQ2US  brings together the world’s leading authorities on the most important issues of the day.

IQ2US reaches millions through multi-platform distribution, including radio, television, live streaming, podcasts and interactive digital content. It has ranked as one of top 25 most popular podcasts on iTunes and has been recognized by Forbes as one of the “top podcasts to change the way you think.”

The text for this blog was directly excerpted from IQ2US website announcement. 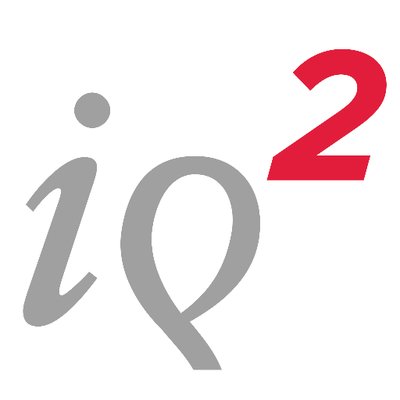