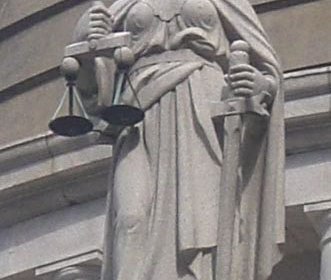 At the recent UCEA convention in Denver, I had the pleasure of presenting in a conference session about charters schools and equity. At the conference I was blown away how judges are treating charters schools as private schools and the implication that these choices have for student who attend those schools. I have excerpted below from a law journal article authored by Preston C. Green III, Erica Frankenberg, Steven L. Nelson, and Julie Rowland.

One of the challenges of the professoriate is making our work accessible to a wide-audience outside of the professional journals that we publish in. So I have highlighted here on CI, for your reading pleasure, why judges say charters are not considered public schools.

A recent federal appellate court decision suggests that students of color should also be concerned about the legal protections that charter schools might provide to students.18 Because state authorizing statutes consistently define charter schools as “public schools,”19 it would appear that charter school students are entitled to constitutional protections.20 Students attending public schools have challenged deprivations of federal constitutional and statutory rights under 42 U.S.C. § 1983, which establishes a cause of action for deprivations of federal constitutional and statutory rights “under the color of state law.”21 Students have sought damage awards pursuant to § 1983; “actions for injunctive or declaratory relief are [also] a major portion of the case law.”22 However, in 2010, the Ninth Circuit concluded in Caviness v. Horizon Learning Center23 that a private, nonprofit corporation running an Arizona charter school was not a state actor under § 1983.24 The Ninth Circuit specifically rejected the assertion that charter schools were state actors because they were defined as “public schools” under the state statute.25

Although the Caviness case was an employment case, it is important to recognize that a similar analysis could lead to the conclusion that charter schools are not state actors with respect to student constitutional issues. Students attending public schools are guaranteed constitutional protections.156 There are constitutional safeguards for student expression.157 Public school students are protected from unreasonable search and seizure.158 The Constitution also requires public schools to provide procedural due process safeguards when suspending or expelling students.159 Of the seven states in the Ninth Circuit with legislation authorizing charter schools,160 only Oregon guarantees that all federal rights apply to charter schools.161 With the exception of Oregon, state legislatures do not compel charter schools to follow constitutional guidelines with respect to due process. California and Idaho merely require potential charter school operators to disclose their disciplinary policies in their initial charter application.162 Alaska, Arizona, Hawaii, and Nevada do not even demand that charter schools disclose their disciplinary policies at the time of application.163

Because of their foci on autonomy and accountability, supporters of charter schools have argued that they are the perfect vehicle for addressing the educational needs of students of color. This article points out, however, that charter schools may not be state actors under federal law with respect to student rights. Consequently, students of color may be unwittingly surrendering protections guaranteed under the Constitution in order to enroll in charter schools.

I have already discussed how charters can wield contracts to exclude students from school here. In conclusion, Professor Green commented via email:

The key takeaway about Caviness is that it’s unclear whether the constitutional rights of kids are protected in charter schools. In a NEPC brief, Julie Mead and I point out that charter school statutes can address this confusion by clearly stipulating that children are guaranteed the same rights in charter schools as they would receive in traditional public schools… there are important implications for African-American males with respect to Due Process, suspensions, and expulsions.

Edit 1/3/2012: Thanks for the headsup emails from Karen and Ken. The National Labor Relations Board thinks so too (charters are private not public). They ruled so in the case of a charter school in Illinois. See a discussion here of the potential precedent.