Jim Horn et al. will soon publish a new book entitled Work Hard, Be Hard: Journeys Through “No Excuses” Teaching. The following is a review based on the advance copy that I received. 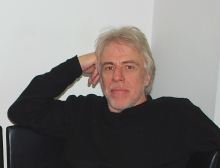 Jim Horn et al. have collected important perspectives from current and former Knowledge is Power Program (KIPP) teachers in a new book entitled Work Hard, Be Hard: Journeys Through “No Excuses” Teaching. The KIPP corporate charter school chain of schools has received hundreds of millions of dollars in corporate, local, foundation, state and federal dollars since its inception in 1994. The KIPP charter chain was started by Mike Feinberg (See Frank Convo with KIPP’s Mike Feinberg: Do you call BS?) and Dave Levin, Teach For America alums. They have found ready allies in the corporate education reform movement— whose policies are focused on private control of public schools.

Since the KIPP charter chain is privately controlled, they have also restricted access and only allowed a select few outside research projects to enter their schools. Horn wrote in Journeys that he requested access to KIPP schools to expand his sample and was rejected by the charter chain. Sadly, this is not an isolated example of KIPP refusing to cooperate with researchers. I personally experienced the restrictive nature of KIPP schools towards outside researchers. A few years ago, KIPP Austin relayed in conversations with a UT-Austin research team that they were having problems with Black 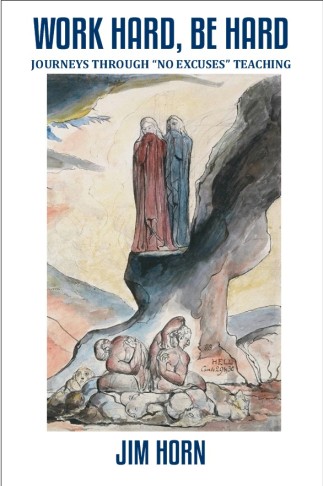 student attrition. A colleague and myself set up a research design that protected their anonymity and we expressed our intent to publish the work in a peer reviewed journal. Then the KIPP program was featured on Oprah as an ideal location for Black students and the Austin campus of the KIPP charter chain backed out of the research project. That sequestering experience inspired a peer reviewed research study independent of KIPP Austin published by the Berkeley Review of Education examining the attrition of Black students out of KIPP and other charter schools. We found that charters in Texas often had double and triple the attrition rates of traditional urban public school districts. In fact, Cloaking Inequity, my education policy and social justice blog, was first begun to address the KIPP public relations machine that respond to the black student attrition study. In their press releases, KIPP largely avoided the attrition findings in the Texas’ Public Education Information Management System (PEIMS) data that confirmed Black student attrition issue that KIPP Austin had first raised in conversations.

I suspect KIPP and their supporters will respond to Journeys with a few predictable assertions. First they will likely argue that the KIPP network is vast and varied— and the interviews with the nearly 30 KIPP teachers are example of just a few bad apple teachers and/or schools. I might have been convinced by this argument several years ago before one of my former students joined Teach For America and was assigned to KIPP in a large, urban Texas city. Two years later, the student wrote a blog post on Cloaking Inequity entitled Tell-All From A TFA and KIPP Teacher: Unprepared, Isolation, Shame, and Burnout which described issues eerily similar to those documented in Journeys. Things were so bad at KIPP during her TFA teaching stint that she experienced a mental breakdown. I honestly thought this was an isolated incident until I read Journeys. A KIPP teacher stated in the book that on her campus:

I’ve seen about four teachers have complete nervous breakdowns…After two years you are considered a veteran teacher at KIPP. I mean you become physically ill. Your body breaks down— you can’t take it anymore.

Another argument KIPP and their supporters will likely make is that KIPP is no different from traditional public schools and/or all organization suffer from disfunction. But the question at issue is not another’s house, but your own. Is the KIPP culture as described by the current and former teachers pathological? In Journeys, a KIPP teacher was asked about the charter chain’s conception of “team and family.” She characterized the charter chain as being “part of a very abusive dysfunctional family.” A dysfunctional family that “requires a totalizing submissiveness to a domineering and non-negotiable system.” For example, KIPP campuses have labeled kids by pinning demeaning messages on their clothes like scarlet letters. One KIPP teacher stated that at the campus, “those who resisted the rules or were slackers wore a large sign pinned to their clothes labeled miscreant.” At another campus, students who were out of favor were labelled with the words “bench” or “porch.” There were many other forms of racialized and psychological solitary confinement that Journeys identified across various campuses.

So instead of a few bad apple schools, I think the old saying that “one bad apple can spoil the whole bunch” is probably more appropriate.

Teachers described KIPP schools as being purposefully emotionally explosive and “militant.” One teacher relayed that,

Students are managed largely through bullying, screaming and personal insults. At my previous [traditional public] school teachers did not raise their voice ONCE during the course of the year. At [the KIPP school where this teacher worked] screaming and yelling is ubiquitous.

Why does KIPP encourage and/or allow these practices? Horn writes, school leaders relayed that “because of cultural differences, black students are accustomed to being screamed at…because that’s how their parents speak to them.” A KIPP teacher characterized the worst offender at her school as a “screamer, swearer and humiliator.” In fact, I personally experienced a similar form of symbolic violence from a KIPP supporter when Jonathan Alter interrupted my comments on MSNBC about KIPP in my peer reviewed research during a taping of the Melissa Harris Perry Show. He yelled on national TV that he would not “allow” me to “diss” KIPP.

KIPP might also argue that they are the beneficiaries of widespread support in communities across the nation. It is very clear that KIPP benefits from powerful influential and wealthy supporters in government, the media, and foundations. Their no excuses approach to educating poor children has resonated with the elites in society and they have showered the corporate charter chain with resources for decades. So it may be surprising to some to read the counternarrative from KIPP teachers that is quite different than what you typically read in the newspapers, see in documentaries like Waiting for Superman, and generally experience in the public discourse. I proffer that the KIPP teachers’ counternarratives in Journeys should be required reading for all of KIPPs influential supporters. Why? Mutua (2008) explained the importance of counternarratives in society:

So what is the counternarrative that the current and former KIPP teachers expressed in Journeys? There is a saying that I often heard in Austin that if you visit a KIPP school you would become KIPPnotized— essentially very impressed by their approach. One of the KIPP teachers spoke to being initially impressed during her recruitment and then later discovering that KIPP was “hell.”

There was so much about it that was so good and promising in the beginning, and I got hooked into that from the minute I saw the news piece on them… but the dirty little secrets are what you don’t know until you are in their trenches.

The KIPP teachers in Journeys detail a variety of working condition issues that created high levels of turnover specific to the KIPP model in their schools— too many to discuss here. One teacher compared her experience teaching in KIPP and a public school. She said she wouldn’t recommend teaching in KIPP and stated “I wouldn’t wish it on anyone who wanted to be a teacher for the long-term…It’s exhausting. It’s demoralizing.” You might be wondering: If the working conditions are as bad as the current and former KIPP teachers say they were, how could the charter chain campuses stay open? Journeys explained,

Without a constant infusion of new teachers to replace all those who burn out… KIPP would have to shut its doors… The role of Teach For America and programs based on Teach For America’s hyper-abbreviated preparation are crucial, then, for the continued survival of… KIPP.

One teacher reported that 40% of the teachers on that campus were TFA teachers. The national number for the percentage of teachers are unknown in KIPP, but what is known is that about one third of all TFA teachers teach in charter schools. Of note, the debate about TFA’s effectiveness rages in the public discourse. A KIPP teacher and TFA trainer weighed in on KIPP’s use of novice TFA teachers by stating, “You cannot teach someone to be a great teacher in 20 days.”

In summary, Journeys is shocking— but expected considering what is known about KIPP’s “no excuses” culture. What makes this piece unique is the unprecedented interviews with current and former KIPP teachers across many schools and years in the charter chain. While many claim that KIPP is beyond reproach and is the shining star of charter schools, I submit that we should instead be asking whether KIPP can actually reform their reform based on the counternarratives provided by the KIPP teachers, or whether their approach is simply a pathological and abusive approach that the elites would never prescribe or allow for their own kids— except of course if they sent them away to military school.