Cambridge Forum programs are held in the historic First Parish (Unitarian Universalist) at 3 Church Street (Harvard Square), in Cambridge. The format includes a relatively brief introductory statement (20 minutes) from the speaker, with a 10 minute response, followed by a moderated discussion with our live audience that would last approximately 60 minutes. Cambridge Forum is also inviting a teacher with experience in a broad range of Boston-area schools to serve as respondent and moderator. 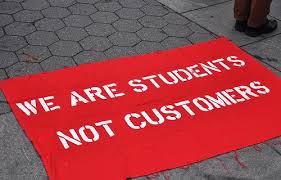 This forum is part of Cambridge Forum’s 2015 series on “The Health of Democracy.” During the winter, our programs will focus on the relationship between a healthy democracy and a robust social contract, with particular speakers examining the role that social immobility, wealthy inequality, privatization, polarization, the corporate media, and disenfranchisement play in our society today. After the speaker has described the threat posed by each of these factors, moderators will discuss ways that citizens can take action to respond to these challenges.

In fall of 2014, Cambridge Forum began its 48th year of presenting free, public lectures with guest speakers in Harvard Square. Featuring prominent scholars, writers, scientists and artists, Cambridge Forum is dedicated to presenting ideas and topics of public interest and concern from a variety of fields and points of view. Our roster of speakers has included Buckminster Fuller, Kevin Phillips, Lani Guinier, Robert Reich, Paul Krugman, Lester Brown, Naomi Klein, Howard Gardner, Jonathan Kozol, Lawrence Lessig, Garrison Keillor, Marian Wright Edelman, Deborah Meier, Chris Hedges, and John Kenneth Galbraith, among many, many others. Our forums are taped, edited and distributed for broadcast on National Public Radio, reaching our nationwide network of public, college and community radio stations as half-hour programs, with a core listener base of a quarter-million people. Selected Forum’s are also available as podcasts and YouTube videos.”

Interested in joining us in the sunny capitol of California and obtaining your Doctorate in Educational Leadership from California State University Sacramento? Apply by March 1. Go here.

A couple of episodes from the Cambridge Forum’s YouTube channel:

Just rode in the special @lyft autonomous BMW vehicle!
VIP invite to watch the @joyannreid show LIVE.
‪I found @JoyAnnReid in Vegas. Got a VIP invite to watch her show tonight Live.‬
#Vegan cheesesteak with my sis.
‪Looking forward to keynoting for @TucsonUrbleague today. Join us for their fundraiser lunch! @UrbanLeagueLex @NatUrbanLeague @DianeRavitch @Network4pubEd @dg4az @VisitTucsonAZ @RepRaulGrijalva @Dalessandro4AZ ‬
Gorgeous day on the Hill today!
I’m on a life’s mission to try every @joseandresfoods restaurant!
It’s been seven months, but my office is finally becoming a workspace conducive to conversations and collaborative work.
Whipped up stuffed jalapeños, stuffed potato skins and seven ingredient bean dip for #Superbowlparty
#blackhistorymonth
This boquet of chocolate and fruit just arrived. Yuuuuuuuuum #tgifriday
“Do we have the moral fiber to offer kids living in poverty the same things were giving the kids in wealthy districts” Honored to present today at #kcepcon @KyPolicy
‪Brought my cousin to his FIRST college basketball game! Future Wildcat? #WeAreUK @UKCollegeofEd @UKAthletics @KentuckyMBB @UKCoachCalipari C-A-T-S CATS! CATS! CATS! #gobigblue‬
Here’s my shot at the @dollyparton #socialchallenge Now I better catch up and do the #tenyearchallenge
Steady leadership at the helm of the Starship Enterprise.
Some @uk_mens_basketball tonight! Best the Bulldogs!
“Let no man pull you so low as to hate him.” “There comes a time when one must take a position that is neither safe nor politic nor popular, but he must take it because his conscience tells him it is right.”
Join us!
First time visiting. The garden sculpture and the classics were stunning.
Read about Kentucky’s meteoric US News rankings rise this year! The University of Kentucky College of Education faculty, students and alumni are soaring. #highereducation #college #faculty #students #university #edchat #educationinsights #rankings https://nam04.safelinks.protection.outlook.com/?url=https%3A%2F%2Fmailchi.mp%2Fcc6170a310dc%2Ftranscendingboundaries&data=02%7C01%7Cj.vh%40uky.edu%7C3ec8e12955cc4f7473c908d799c185ad%7C2b30530b69b64457b818481cb53d42ae%7C0%7C0%7C637146928752249077&sdata=oGXXhqx8%2F2ElRQN88qkvjlKEj3oUYt4QIKWseKhCY2s%3D&reserved=0