With bated breath, last evening I watched the 2014 State of the Union (SOTU) address.  I wondered if Barack Obama would propose anything controversial for our nation’s schools… or even go in a new direction…

I was asked by The Conversation to cover the 2014 SOTU.  The Conversation UK is an independent news and commentary website produced by “academics and journalists in collaboration, sourcing news, commentary and the latest research from the academic community.” 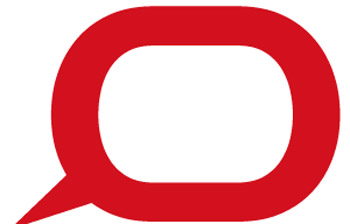 The website, connects a team of professional journalists with academic authors to “unlock their expertise, apply it to topical issues, and make it available to the public.”

My deadline was 5 a.m. this past morning. Maybe that is why I am just waking up. Here is my response to the 2014 SOTU published at The Conversation:

In 2008, I was full of hope that Barack Obama would change the American approach to education. I volunteered for his campaign’s educational policy committee and was selected as an Obama delegate for the 2008 Texas state convention.

Many in the education community were encouraged that his 2008 campaign’s education advisor was Linda Darling-Hammond, a scholar and world-renowned school reform expert. The promise was palpable that she would become his Secretary of Education.

Then reality set in when Obama chose Arne Duncan, a non-educator basketball buddy as his Secretary of Education. Duncan was a former superintendent of Chicago schools, left the district in shambles and his signature reform — school “turnarounds” — largely failed.

The reality of Obama’s approach to education during the past five years is that his policies are not forward-thinking, but rather a recycling of old ideas.

Obama’s current approach to educational policy may even be borderline plagiarism. President George W Bush’s No Child Left Behind, the genesis of nationally mandated high-stakes testing and accountability in the United States has been left alone. Obama’s “waivers” and Race to the Top policies toincentivise reform are focused on more of the same standardised and federally-controlled approach to education. Obama is actually quite retro when it comes to education policy.

So with the hope that Obama would finally move forward, I tuned in to watch the 2014 State of the Union. The president began by mentioning a teacher and then quickly turned to the pronouncement that America has achieved its highest high-school graduation rate in 30 years.

The dirty little secret to this accomplishment may be that it’s probably a facade. The US department of education has broken with years of precedent and allowed states to self-report data for graduation rates. That has empowered “savvy” states such as Texas to “disappear” tens of thousands of students from their data. The result was a magically improved graduation rate that moved Texas overnight from a national ranking of 29th to 4th.

Democrats and Republicans alike applauded Obama’s focus on pre-kindergarten, in the State of the Union address. I am a big believer in the benefits of full-day, high quality Pre-K as it is well-established as a policy that works in the research literature.

Race to the Top

I agree with Obama’s statements that “one of the best investments we can make in a child’s life is high-quality, early education” and “we must make high quality Pre-K available to every 4-year-old”.

But I was surprised that Obama used the Race to the Top moniker and applied it to “our youngest children”. Does he intend to bring the same criteria to four-year-olds that Race to the Top required of states, such as a common national curriculum, testing and longitudinal data systems? Either Obama made an awkward choice of words or he is proposing a silly approach to Pre-K based on Race to the Top’s standardised educational policy.

There were a couple of priorities that were noteworthy in his address such as his stated agenda to offer millions to cap student loans payments to 10% of a graduate’s income, which is similar to approaches that some European countries have adopted.

In the post-Trayvon Martin environment, I also found his proposals to reach out to foundations and communities to “help men of color to reach their full potential” as a laudable priority not heard in a prior State of the Union address.

But President Obama still tried to pass off convincing platitudes about “better supports for teachers”, thinking of “new ways our kids can think, instead of filling in a bubble on a test”, and working with states to “reform schools”.

The Race to the Top and trickle-down educational policy paradigm executed by Secretary Duncan during the past five years has in fact been the antithesis of each of these statements and runs contrary to the educational policy approaches of the most successful European countries such as Finland.

In his address, Obama posited “change is hard”. I agree with him. So let’s “make this a year of action” and take a new course for the US educational policy agenda. In his address he made the point that he is open to productive ideas to modify the healthcare law. Will Obama extend the same opportunity to educational reformers?

It’s is worth noting that I wasn’t the only response that noted that Obama’s SOTU was Rhetoric vs. reality.

For all of Cloaking Inequity’s posts on President Barack Obama, click here.

Interested in a Masters in Educational Policy and Planning from UT-Austin? It’s not too late to apply. Go here.