Pre-K, a Gold Standard: “You certainly don’t get what you don’t pay for” 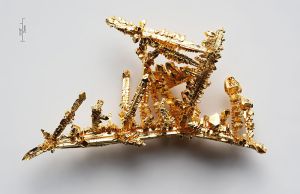 I have had several emails from the readers of Cloaking Inequity asking about the Pre-K SA initiative recently passed in San Antonio. The official website states:

Pre-K 4 SA is an investment in the children — and the future — of San Antonio. Children who attend high quality Pre-K programs do better in school from the first day of kindergarten through their college years. Research shows that they have higher test scores, need less special education, graduate from high school at substantially higher rates and they are more likely to attend college.

There are very few gold standards in the research literature. Pre-K is one of the educational policies that has demonstrative empirical evidence supporting its implementation with full-day showing more impact than half-day. For Latina/os and African Americans, Pre-K has been shown to be especially promising for closing the achievement gap. As they are apt to do on the most important issues facing our society, NEPC (National Education Policy Center) has recently released a new brief summarizing the academic and fiscal benefits of universal preschool. They state:

Policymakers should heed the sound research evidence supporting the expansion of high-quality preschool opportunities, according to the third in a series of two- and three-page briefs summarizing key findings in education policy research…There is near-universal agreement among researchers “that high-quality preschool programs more than pay for themselves in economic and social benefits,” Mathis writes. Indeed, high-quality preschool for at least two years has been found to close as much as half the achievement gap. Such preschool participation is also associated with a wide range of more positive adult outcomes, including less drug use, less welfare dependency, higher graduation rates, higher college attendance, and higher employment.

The devil is always in the details right? The NEPC release continues:

Despite these demonstrated outcomes and the increase in children attending pre-school, “in inflation adjusted dollars, overall funding per child served is lower than a decade ago,” Mathis writes. For preschool to reap its proven substantial benefits, lawmakers must assure that the programs are of high quality and are adequately supported.

You can find the entire NEPC brief on University Pre-K (along with currently released briefs on Teacher Education and Common Core Standards) here. Looks like they have quite a line-up on tap! Funding Formulas and Choice and English Language Learners Parent Involvement are not far off.

But lo and behold, what has our sage Texas legislature done? SAEN reported,

Do decades of data and evidence no longer matter? Pre-K became an issue in the state school finance lawsuit when Dr W. Steven Barnett, Professor of Education Economics and Public Policy and director of the National Institute for Early Education Research at Rutgers University in New Jersey, recently testified against Texas regarding Pre-K. Here are some excerpts from his testimony included in the SAEN article:

You are looking at very fundamental and basic facts about the way human beings learn and develop.

High-quality, intensive Pre-K programs have the potential, by themselves, to close at least half of the achievement gap.

If we don’t change the early childhood learning experience, we won’t close the achievement gaps

Texas’ investment is clearly not adequate to achieve what we require to meet minimum benchmarks.

What was the state’s response? SAEN reported,

Under cross-examination from Texas Assistant Attorney General Angela Colmenero, Barnett conceded he was not testifying that the state Constitution requires the state to provide Pre-K.

Back to San Antonio. Because some of the implementation details are sketchy, my biggest concern currently about Pre-K 4 SA that I stated to a friend on City Council in San Antonio is who will be tasked with implementing the new University Pre-K initiative? Will it be KIPP or Great Hearts (1,2,3)? I surely hope not. You could see Pre-K being used as a gateway into their systems by corporate CMO’s (Charter Management Organizations).

Edit 11/13/12: A Castro administration official responded via email and stated the following:

KIPP nor Great Hearts will not be implementing Pre-K 4 SA.  The initiative will hire a CEO and the four model centers that we will be operating (minus the slots we are reserving for families that do not meet one of the six eligibility criteria from the state) will ONLY educate students that will be enrolled in one of the 15 (non-charter) ISDs in the City of San Antonio. Charters will be able to participate in the city-wide professional development and eligible to apply for the competitive grants.

In conclusion, would you like some homework? Here are a few research articles you can weigh on Pre-K. (Sorry, I don’t have hyperlinks, you have to go old school) There will be a quiz the next time we meet. 🙂

Bassok, D. and Loeb, S. “Early Childhood & the Achievement Gap,” in Handbook of Research in Education Finance and Policy. pp. 517-534.