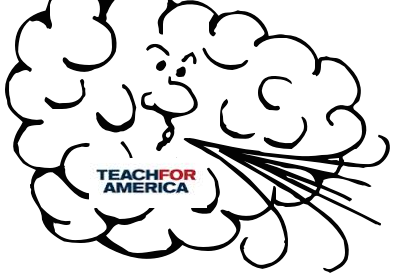 I am writing to regarding a Board Agenda item up for approval tomorrow night in our district, Santa Ana Unified. A motion is being made to approve a contract with Teach For America for next school year. For numerous reason, this is a ill advised move for our district. I am told that the intention is to place these minimally trained college graduates (Recent research by Jameson Brewer has found that TFA teachers only spend 18 hours in classrooms during their five week summer training) in our Special Education classrooms. As a teacher for over 25 years working with many Special Education students, I know that what our Special Education population needs is highly qualified, well trained teachers and this is the opposite of what we will get if this contract is approved. As a parent of a Special Needs student in this same district where I work and teach, I would never allow my child to be taught by a temporary and untrained person, she needs a specialist, someone trained in meeting the needs of the most difficult to teach students.

I am shocked that I only found this information because a copy of the board minutes was forwarded to me by a concerned teacher. The failure to inform teachers and the community of this contract is inexcusable. For those that are unaware TFA is national non-traditional teacher training program that claims to support education equity. They offer college students with only a bachelor’s degree money to pay off loans, a five week training program and a full time teaching position for two years at a public school where they are given permission to teach have their own classroom and be fully in charge of a year of education for students, without attaining a credential or doing a student teaching internship. After two years the TFA teaching interns have the option to pursue a teaching credential or quit teaching and pursue a separate career. Many of them, in fact, do choose to move on and never teach in a classroom again. Many of these people have great intentions and it is not their intentions that I have a problem with. My problem is placing untrained people in the classrooms of our neediest and most difficult to teach and pretending like they are real teachers. TFA is funding by neoliberal foundations and has often scapegoats teachers by inaccurately saying their temporary teachers are preferable to veteran, certified teachers. TFA is funded by corporations like Walmart, who prefer to employ underpaid, often temporary labor with limited or no benefits. Consequently, TFA’s model is to staff and run schools in similar fashion. Our schools are not businesses, they must operate with only the best staff possible for our Special Education students. 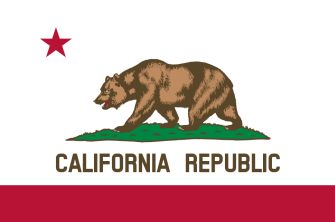 I was placed as a 2nd-5th grade Special Education Resource Specialist Teacher. As part of the TFA program, we were required to take classes through their partnered university — Loyola Marymount (LMU). However, the classes were completely irrelevant and waste of time. My peers and I were required to take 3 classes back to back through an extension program once a week for a total of 3-4 hours. Majority of the time the classes were used for us to complain how we were not learning anything that was feasible in our classes, and how overwhelmed we were. We wished that we were taught on what we were supposed to be doing in the classroom.

On the first day of school, I had no idea what to do or what to teach, plus what duties the Special Education Resource Specialist has.  I would study the material and read tips online. As a first year teacher in desperate need of support and training, LMU did nothing to provide me with these things. Furthermore, my LMU supervisor, instructors, and TFA overseers provided me with a disgraceful amount of support. My frustration regarding the lack of application the courses had to my practice grew as nothing was ever being done.

Prior to those courses, we were required to attend summer training, which proved to be even less helpful than the fall courses. Five weeks of unpaid training NOT in Special Education, NOT as a Resource Specialist, NOT as an Elementary General Education, but rather in a completely different subject and grade level — as an English Teacher for 8th Graders. It just doesn’t make sense. I received absolutely no training for becoming a Resource Specialist to Elementary students, which was only a month away from school starting. Also, we were required to teach for 40 minutes 4x a week to only 5-9 students with 3 other corp member teachers for LAUSD as our experience internship hours. Furthermore, no mention of IEPs came about until late August at Foundations Training, which is a travesty. The LMU classes during TFA summer institute were incredibly unorganized and seemed to simply be “going through the motions” to check off a box saying the course was completed for California legal purposes rather than truly checking to see if we understood any of the material. Furthermore, to think that five weeks of training over the summer is sufficient preparation for working in the most demanding districts is absurd. Not to mention the training had nothing to do with the placed position as a Special Education Resource Specialist. Furthermore, we were told that the degree was a M.Ed with a specialization in Mild to Moderate Special Education, not a M.A. in Special Education.  We only found out in the middle of the fall semester that the degree was a Masters in Art, not a M.Ed. We were also lied by TFA that we would receive a credential after our first year. LMU told us towards the end of the fall semester that this wasn’t true. Better yet, the 2013-2014 courses did not comply with CTC requirements.

I pray you take this into consideration to stop TFA from entering our schools, especially within Special Education. If not for my fellow corps members, do it for the disservice students. They do not deserve this. They are our future and we should always want the best for them. And lastly, it was the students that brought others and myself to join TFA. We wanted to make a difference; however, I fear we have caused them inadequate teaching and support. It’s distasteful and shameful what the TFA-LMU partnership is doing by taking advantage of a broken school system and making a profit from it, regardless of their corp members well-being, and children who are hurt in the process.

She had this to say today about the Santa Ana decision

It’s a terrible idea. Especially, since majority of students are placed in SPED because Spanish is mostly spoken at home and impacts their testing results. 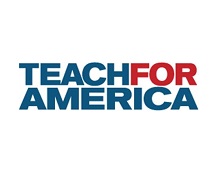 Jameson Brewer, TFA alum, wrote in the peer-reviewed article From the Trenches: A Teach For America Corps Member’s Perspective published in the Journal of Critical Education that TFA Corps members that are slated to teach SPED get approximately 2 hours of “training” in SPED during their summer institute.

I noted in the post that Teach For America teachers themselves have reported woefully inadequate training:

So what do TFA teachers think of the training that they receive from the organization and elsewhere? The Mathematica study found that TFA Corps members perceptions of the quality of training received is declining. Only 52% currently believe that their TFA provided coaching aided their teaching— 50% online resources, 40% group learning, and 24% for alternative certification programs.

Surprisingly, the media summarized the new research appropriately. The National Review weighed in on impact of TFA in the Mathematica study,

What happens to student test scores when super-high-achieving college graduates spend a couple of years teaching in low-income schools? Well, not a whole lot, according to a new random-assignment study from the policy-research group Mathematica.

Akane Otani noted in the story Most Teach For America Instructors Plan to Flee Teaching:

More than 87 percent of TFA teachers say they don’t plan on remaining teachers throughout their careers, compared with 26.3 percent of non-TFA teachers working in the same subjects, grades, and schools. 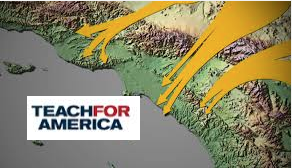 So what can be done? You can contact the Superintendent and Board Members and make them aware of what Teach For America has probably not told them about their “reform.”

ACTION ALERT: Please contact the following folks with information you may have about Teach For America. The vote is May 12, 2015.

Ceci Iglesias: iglesias4sausd@gmail.com (A source says she is a Rhee-styled “Reformer”)

If you decide to email, please keep it professional and informative.

For all of Cloaking Inequity’s posts on Teach For America click here.

Just rode in the special @lyft autonomous BMW vehicle!
VIP invite to watch the @joyannreid show LIVE.
‪I found @JoyAnnReid in Vegas. Got a VIP invite to watch her show tonight Live.‬
#Vegan cheesesteak with my sis.
‪Looking forward to keynoting for @TucsonUrbleague today. Join us for their fundraiser lunch! @UrbanLeagueLex @NatUrbanLeague @DianeRavitch @Network4pubEd @dg4az @VisitTucsonAZ @RepRaulGrijalva @Dalessandro4AZ ‬
Gorgeous day on the Hill today!
I’m on a life’s mission to try every @joseandresfoods restaurant!
It’s been seven months, but my office is finally becoming a workspace conducive to conversations and collaborative work.
Whipped up stuffed jalapeños, stuffed potato skins and seven ingredient bean dip for #Superbowlparty
#blackhistorymonth
This boquet of chocolate and fruit just arrived. Yuuuuuuuuum #tgifriday
“Do we have the moral fiber to offer kids living in poverty the same things were giving the kids in wealthy districts” Honored to present today at #kcepcon @KyPolicy
‪Brought my cousin to his FIRST college basketball game! Future Wildcat? #WeAreUK @UKCollegeofEd @UKAthletics @KentuckyMBB @UKCoachCalipari C-A-T-S CATS! CATS! CATS! #gobigblue‬
Here’s my shot at the @dollyparton #socialchallenge Now I better catch up and do the #tenyearchallenge
Steady leadership at the helm of the Starship Enterprise.
Some @uk_mens_basketball tonight! Best the Bulldogs!
“Let no man pull you so low as to hate him.” “There comes a time when one must take a position that is neither safe nor politic nor popular, but he must take it because his conscience tells him it is right.”
Join us!
First time visiting. The garden sculpture and the classics were stunning.
Read about Kentucky’s meteoric US News rankings rise this year! The University of Kentucky College of Education faculty, students and alumni are soaring. #highereducation #college #faculty #students #university #edchat #educationinsights #rankings https://nam04.safelinks.protection.outlook.com/?url=https%3A%2F%2Fmailchi.mp%2Fcc6170a310dc%2Ftranscendingboundaries&data=02%7C01%7Cj.vh%40uky.edu%7C3ec8e12955cc4f7473c908d799c185ad%7C2b30530b69b64457b818481cb53d42ae%7C0%7C0%7C637146928752249077&sdata=oGXXhqx8%2F2ElRQN88qkvjlKEj3oUYt4QIKWseKhCY2s%3D&reserved=0